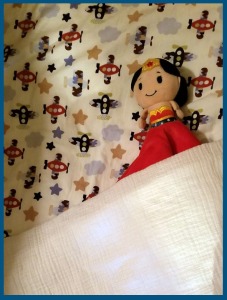 It seems recently, that a lot of people are saying that they are angry at God. And more than that, these angry people justify their anger by saying “they” – whoever they is – “say it’s okay to be mad at God, because God is big enough to handle it.” It may be true that God is big enough to deal with our anger; however, are we big enough to be angry with God?

My father-in-law often tells a story about a time when his daughter was little and she got angry at him. She stomped her feet and said “I’m going to throw this wall at you!” Good luck with that girlfriend!

It doesn’t take much to make a child angry enough to throw a wall, even something as routine as taking a nap. They don’t have the reasoning skills to understand that everything their parents do is for their good, and is done in love.

A child thinks he is big enough to be angry with his parents, to think he knows better what is good for him than his parents do, because he is immature and irrational in his thinking. Nap? No thank you, I don’t need one. Right!

In their anger and childish arrogance, children attempt to assert authority over their parents and change the circumstances, or change the parent. They throw tantrums – or perhaps walls – to try to change the situation.

When we say that we are angry with God, we foolishly try to exert our authority over him and we assume he’s wrong in what he has allowed or ordained. Like a child who doesn’t want to nap, we tell him that we don’t like what he’s doing.

By our actions and words, we assert that he is not trustworthy That he’s foolish. That he does not have the wisdom that we have. We want to throw walls at God. If you’re thinking about throwing a wall at God, I would suggest that you be very careful, because you can’t throw that high, and it just might crash back down on you.

We may not like our circumstances, but, as we begin to understand who God is – compassionate and gracious, slow to anger, abounding in love and faithfulness, maintaining love to thousands and forgiving wickedness, rebellion and sin (Exodus 34: 6-7) – then we begin to understand that everything he does reflects his character.

Therefore, our circumstances, as much as we may not like them, actively reflect what God is doing in our lives. We have no right, whatsoever, to question what he’s doing, or to suggest he has made a mistake. We have no right to be angry. Rather, we should be asking God how we should respond to our circumstances in order to work with God for our good.

However, that would mean we are not victims and maybe we like to be victims – we get more sympathy if we are victims. God’s children are not victims because nothing happens to us that doesn’t filter through his loving hands. He is a gracious and merciful God who always does what is best for us, leads us, and allows our circumstances for our good.

When we choose to indulge anger at God we’re not merely throwing a wall at him, we’re building a wall between ourselves and the only one who can do anything about our circumstances. Wouldn’t it be wiser to stop fighting our circumstances and ask God what is the good that he has for us in them. Perhaps we should direct our anger at our rebellion against God’s direction of our lives, rather than God.

Our anger at God will not hurt God; but it will destroy our peace and wreak havoc on our relationship with God. It is not good for us to indulge anger at God. Anger toward God only serves to fertilize a root of bitterness in our hearts whose roots reach deep into hell.

Indulging anger toward God prevents us from maturing in our faith and blinds us from seeing the heart of God. Anger at God destroys our testimony to the goodness of God.

If we truly believe that God is good, then it is our responsibility as his children to reveal his grace to the world. The Apostle Paul tells us that God poured out his grace on us in order that in the coming ages he might show the incomparable riches of his grace, expressed in his kindness to us in Christ Jesus (Ephesians 2:7). We, our lives and our words, are supposed to be billboards of God’s grace.

What does a billboard proclaiming, “I’m angry at God!” say to the world about God? It says that God is mean, arbitrary in his judgments, is not wise enough to do what is best, is often not good, true, merciful, or gracious, and does not have our best interests at heart. Does that describe God? No. It describes a petulant child.

Marcia’s book, 365 Days of Grace — is currently available on any of the following links:
BarnesAndNoble.com
WestBow Press
ChristianBook.com
Amazon.com 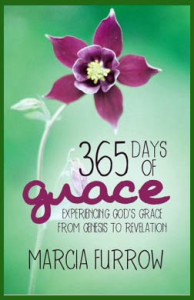 2 thoughts on “When We Are Angry With God”